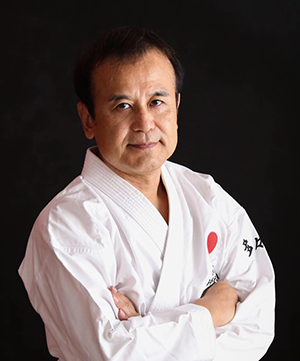 The founder and representative
KAZUYOSHI HARANO

Much Appreciate to visit to the HP! This HP demonstrates the Japan Karate Association (hereinafter JKA) Hara branch in Fukuoka, Japan. Karate among various Japanese traditional martial arts is considered to enrich Karateka life through the philosophy and the way of life. For children, Karate is refined roadmap of life, for youth Karate facilitates self-confident and physical refresh, and for elderly Karate promotes health and peaceful mind

In all kinds of Budo as well as Karate, training should not be stopped through our entire life stage. Training always gets us to notice something new for techniques, physical management and spirits even after people think all Karate program has been attained. Meanwhile needless to say, Karate is not a panacea in life, otherwise Karate will help you to overcome any kinds of life issues. You are always welcome to join in the dojo without your Karate career and experience. Please knock the door then meet valuable chance when you get interested in Karate.

The founder and representative KAZUYOSHI HARANO

Japan Karate Association was founded in 1948, Due to precious performance to the public and society, the ministry of Education has certified JKA as the general incorporated association in 1957.JKA has been contributing for the promotion of the tradition of Japanese martial arts culture. Eventually JKA was authorized as the public corporation by the prime minister in 2012 March 21.

JKA aims at dedication for enlightenment of its skills and self-discipline by research and instruction of Karatedo, thereby contributing to promotion of the well-being of the people and cultivate a sound martial arts spirit. Moreover, it aims to contribute for world peace by spreading the spirit of Japanese martial arts which respects courtesy to countries all over the world. 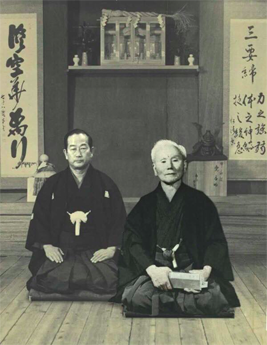 Originally, the martial art Te (“Hand”) had been developed in Okinawa as a system of self-defense. Due to Okinawa’s cultural and business exchange with China, it is thought that the Okinawan martial art was influenced by Chinese martial arts at some point during its development. However, with only oral tradition and no formal contemporary written records, it is not certain exactly when the art called Kara-Te first emerged in Okinawa. It is believed that it developed roughly 500 years ago, when the dynastic ruler King Shoha unified the region after decades of warfare and issued an edict banning the possession of weapons on the island.
According to conventional accounts, a similar law forbidding the possession or use of weapons was re-issued and enforced by the Satsuma clan, who had invaded Okinawa in the early 1600’s and brought it under the rule of the Japanese Shogunate. It is believed that in this environment, Karate had been developed as a form of unarmed combat for protecting oneself and one’s country, and it was taught and practiced in secret.

Karate is thought to classify 3 kinds of school such as Shuri-Te, Naha-Te and Tomari-Te. Such 3 titles of school comes from name of local villages in Okinawa. Shuri was the former capital of Ryukyu kingdom so that Shuri-Te was imagined as the aristocratic martial art. Meanwhile the idea of the classification might have come up since WWII.

JKA is considered to root from Shuri-Te. Okinawan karate master Funakoshi Gichin born in 1868 dedicated his whole life to promoting the values of the art, and introduced the way of karate-jutsu to Japan, where it spread across the country. In 1949, his followers had established an association for the promotion of karate; they called it as Japan Karate Association (Nihon Karate Kyokai in Japanese).

At present, JKA is one of 4 authentic Karate in Japan, namely JKA, Goju, Shito and Wado. JKA is the most popular school in Japan. Furthermore Shotokan is another name of JKA, which is diverted and spread out globally. Shotokan is the most majority of Karate style,

JKA has officially 20 branches in Asian region, 19 in American and 33 in Middle East and African, whose number is increasing now.

Founded in 2019 June, Located in Hara, Sawaraku, Fukuoka city. The founder and representative is Harano Kazuyoshi.

Source of Name of Yubukan

In the same location, the Yubukan was operated by Harano Yuji(deceased) from 1971 to 1995. He instructed Goju. The name of Yubukan was given by his master, Uehara Yukitoku sensei(deceased). In commemoration of his performance and dedication for Karate, Hara branch was named as Yubukan under permission of Goju relevant. Harano Yuji is the father of Harano Kazuyoshi.